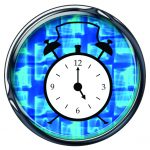 Changing this is a four step process. First, we have to decide what we most desire to accomplish today. Second, we eliminate distractions and clear adequate time for this activity. Third, we have to install habits that make sure we have the required amount of energy to complete our chosen task. Fourth, we need to look and assess the whole process. Make observations on what worked and what needs improvement. And make changes accordingly.

Step one: this is very self explanatory. You need to define what you want to accomplish today. I would get very clear on this, for sometimes just clarifying what we want to do can help us understand how to accomplish it.

Step two: We all have enough extra tasks to fill up more hours than we have available in our week. What we have to do is focus in on a specific one whose value outweighs the others. For me it tends to be the most urgent extra that wins out over the others. The one that is most directly standing in my way.

Step three: Form habits that allow you to have the energy you desire. See also my article on habits and habit chains. We have to pay attention to how we sleep. I.E. what kind of mattress we have. What we are eating. How often and when we are exercising, to name a few.

Step four: We need to look back on our process, and see which habits are serving us and which are not. We have to keep tinkering until we crack the code. Always going for maximum efficiency and effectiveness. If we are eating right and working out right but are not sleeping right, then the chain has a broken link. We can’t allow. The system must be balanced. If it is not, then this is equivalent to preparing for the Mr. Universe competition by working out one half of your body and expecting to win. If there is an imbalance, then the system will not function properly.

In 1453 A.D. the city of Constantinople fell to the Ottoman Empire, led by the Sultan Mehmed ll. The different stages of his siege are a perfect example of effective and ineffective uses of time and energy. In the early stages of the siege Mehmed had his sizable cannon firing on the walls for weeks. The cannon; however, took a very long time to reload. Because of this, it was not very precise. This allowed the city’s defenders to repair most of the damage in between shots. Weeks of effort in exchange for negligible results.

Later in the same siege Mehmed had a road of greased logs constructed so that Ottoman ships could be transported across the land. This was done to bypass a massive chain that blocked water access. Once the Ottomans had control of the waters beyond the great chain, they significantly threatened the city’s stream of supplies. It also served to lower moral among Constantinople’s defenders. In addition to that, it made the city devote soldiers to defending a portion of the wall that they would not ordinarily have had to. In the end Mehmed was successful in taking the city. He had finally succeeded in taking a city that had survived siege after siege for hundreds of years. The last time that the city was successfully taken was in 1204 A.D. by the Fourth Crusade, well over 400 years before.

Over the course of the siege Mehmed displayed effective and ineffective strategies, yet he never lost sight of his target or became demoralized by failed strategies or setbacks. Thus, our main takeaway should be that not everything we try will give us the expected return on our investment, and time and energy will be lost. Thus, we can’t be perfect. We will inevitably waste time and energy pursuing dead ends. What is paramount, is that we only use these failures as roadmaps for where we should and shouldn’t be devoting our energy.

In conclusion, we all want to be effective with our time, and often we finish our day always with one thing we wish we’d gotten done. It is important to have realistic expectations of how much we can get done in the span of a normal work day. However, with the proper optimizing tactics, we can squeeze an impressive amount of productivity out of our days.

Those tactics are to decide what is your absolute priority. Parse out what task needs your attention first, and start with that one. Make sure that you have the proper fuel and platform of good habits to optimize your battery charge for your day. And finally, be introspective towards your process. Ergo, remove that which is unnecessary and does not serve you!

Your challenge is to select one area of your life that you are wasting energy in, and find a way to either spend your energy more efficiently or eliminate it as an energy vacuum altogether. See also my article on Time Craters. Part two of the challenge is to find one area that if you devoted more energy into then it would pay dividends (an example would be taking one minute out of every hour to focus on your breathing). Taking that single minute out of every hour to breath will have a profound effect if we can do it consistently. It will be an excellent use of that minute compared to how we would likely spend it otherwise. We are seeking to take energy out of an unproductive venture and put it into other worthwhile, productive ventures.