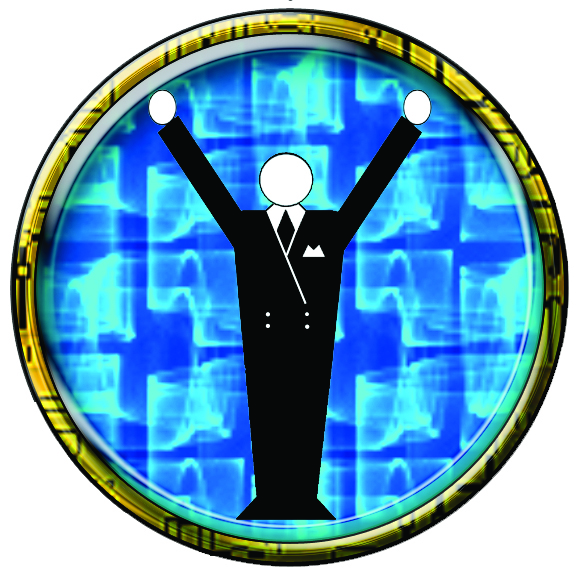 “Concentrate all your thoughts upon the work at hand. The sun’s rays do not burn until brought to a focus.”

Imagine  you’re lost in the wilderness. And in this part of the world, at night, the temperature drops below freezing. You will desperately need a fire to stay warm and keep the predators at bay.

You don’t have any matches or a lighter.

All you’ve got is a magnifying glass, an old newspaper and a bottle of hand sanitizer and it’s high noon.

Using only these, is it possible to make a fire?

Think on it and check out the end of this article for the answer! The above quote, riddle and it’s answer illustrates the point of this article: focus is one the most important things to cultivate as a human being and now it’s more important than ever.

Here’s the bottom line: to be as productive, happy and healthy as we can be, requires dedicated, joyful focus. And the kinds of entertainment we partake in can often cause our attention “muscle” to become weakened through lack of use, which has a cascade effect that results in the diminishing of the productive, happy and healthy parts of our lives.

Why is this happening and what can we do about it?

That’s what this article will focus (ironic pun intended) on.

So, is the reason some of us have a hard time concentrating down to our lack of willpower or virtue? Thankfully, no (in most cases). It turns out that we’ve all been the victims of the entertainment industries’ insatiable thirst for profit at the cost of our well-being.

Here’s the deal: there is a hidden, multi-billion dollar industry with one goal in mind: to seize you attention, only to scatter it.

They do this through 2 primary means.

Both of these inventions in it of themselves, are not malicious. It’s how they’ve been designed and the content which is on them, that causes us problems.

First up: let’s look at how they’ve been engineered…

For one thing, both (unless they’ve been modified) smartphones and TV’s emit a specific frequency of visible light as their “base” light if you will. That is, what color of light they emit as the background, foundational color of the screen.

Want to guess which color it is?

Want to guess what color arouses our brains mechanisms for stimulation and alertness?

You got it: blue light.

It’s wired into all of us; when we see bright blue light, it triggers the same neural circuitry as if we were seeing the bright sun, which sends signals to our body that it’s day and time to be alert. This is why it’s recommended you don’t look at a unadjusted screen before going to sleep. If you do that, you’ve essentially set 2 of your bodies systems against each other. One is wired to try to slow and calm the body in preparation for sleep, the other to rouse and prime the body for the new day. (And this is where the sleep-aid drug companies come in for their share of the cash)

To summarize, modern screens emit (through no accident) the specific frequency of light that primes us to sit up and pay attention.

But what are we sitting up to pay attention to?

Here’s where the second part of the equation comes in: what’s on these screens that these companies have spent so much time and money getting us to pay attention to? Well, the primary mechanism which can weaken our attention “muscle” is not necessarily what we’re watching at any given moment, but rather the frequency of change and the kind of focus we’re using.

Let’s look at the frequency of change first.

Corporate interests have (knowingly or not) hijacked yet another part of our instinct.

When something in our environment changes, we’re all primed to pay close attention.

In the old days, changes in what was happening around us could mean danger or opportunity.

The sudden change in the number of birds singing could mean a bear was just about to bust into the camp, or that it was raining.

And that’s what the internet and TV is constantly doing; changing from one moment to the next. Gone are the days of 10 minute movie scenes with only a few cuts in them. Now it’s much more common to see a dizzying number of changes on screen in just a few minutes; just cast your mind back to the latest Transformers films.

There’s always something new, something which has been designed to be entertaining and eye catching. And here’s where our sustained attention “muscle” gets a little slack.

Just as with anything, the more we do of something, the better we get at it.

Whether it be hitting a ball or painting, the more hours we log doing something, the more efficient we become at it. And this applies to being entertained. We unconsciously expect to be required to mentally jump from one interesting thing to another.

When we look up from our screens, we might notice that the world is actually a fairly slow moving place compared to the entertainment industries’ rendition of it. Things in the world change gradually and are built and maintained through processes that are deliberate and careful.

And thus to be productive and creative in the real world, requires you exist in that seeming void where nothing is happening. Where nothing will change unless you make it. To create or improve something requires a sustained effort towards a single goal and we can’t make much progress if we’re constantly expecting something new and flashy to happen all the time.

The way humans have come to be the most successful species on the planet is down in part, to our capacity to use our creative imagination to penvision things that are yet to exist. But our creativity and imagination are faculties that require a canvas upon which to be expressed. They can’t be used if our minds our constantly jumping from thing to thing. Imagine how hard it would be to unlock a door, if your hand was covered in grease as you tried to insert the key. Every time you would try to push or turn the key to unlock the door, you hand would slip and the door would never be unlocked.

It’s the same thing with our well-being. We need to devote sustained, focused effort to each aspect of our lives we wish to improve.

Our potential needs to be unlocked and it can’t be unless we sustain our concerted involved, attention on one thing, for a long while. Now you might be wondering, “Well hold on there! How is it we could be getting worse at focusing on something, if we spend lot’s of time focusing on our smartphones and TV’s?”

This is a good question and the answer is actually quite simple: there are 2 kinds of focus.

Passive focus is what we are practicing whenever we can be removed from participating in whatever we’re witnessing. Watching the trees blow in the wind or daytime TV both classify as using Passive focus, but one is obviously worse for you than the other. The reason is because of everything else that’s involved in that TV show that we’ve discussed earlier; constant stimulation, drama, addictive rate of interesting change ect.

Involved focus is what we practice whenever we can be either mentally or physically involved in the process of something. Practicing an instrument or working out are both examples of Involved focus, because you’re activity paying attention, trying to improve yourself or something else.

This facet of focus is what gets weaker quite quickly when we only engage in shallow, entertainment driven, Passive focus.

We can find ourselves more easily distracted because we’ve gotten into a bad habit of using only Passive focus while being constantly stimulated on devices that have been designed to grab our attention and present us with shallow, rapid fire entertainment.

What can we do about it? Simple. Reduce the amount of time we spend being entertained by screens. The less time we spend using a device that makes us unproductive and unhappy, logically, the more happy and productive we’ll be. So look into the tips and strategies offered by the leading minds on this topic and start finding out what works for you. Seriously, look up the leading thinkers on this topic.

Here’s a few basic tips to get you started:

Restaurants and bars always have TV’s somewhere. Try to sit in a place so that you can’t see them or if that’s not possible, ask for if it’s okay for them to be turned off. Simply sit with your food and pay attention to the people around you. Your quality of experience will immediately improve.

Tip #2: Toss your phone or regulate the one you have

If you want to go hog wild with this practice, you could just toss your smartphone in the trash and get a basic flip phone with only the most basic functions. Of course, some people might view that as too extreme, so in that case I would recommend setting strict curfews on your phone use. For example you could try a “digital sunset”, a practice where when the sun goes down, all electronic devices go off.

One of the best ways to stop doing one thing is to start doing something else. So get out there and pick up a cool hobby. It could be anything so long as it’s physical and enjoyable. Tennis, basketball, martial arts, coin collecting, dune boarding, the list is endless.
Just have fun and be safe.

Good luck and remember: all that matters is that you try to improve a little every day. Rock on!

Tonight, 1 hour before you go to bed, bury your phone in your closet.

List out the physical games you used to love playing as a kid.

P.S. Here’s the answer the riddle at the beginning of this article:

You bunch the newspaper into a bundle and use the magnifying glass to focus the suns rays on a point, until it bursts into flames. And the sanitizer is there in case you get your hands dirty. Obviously.