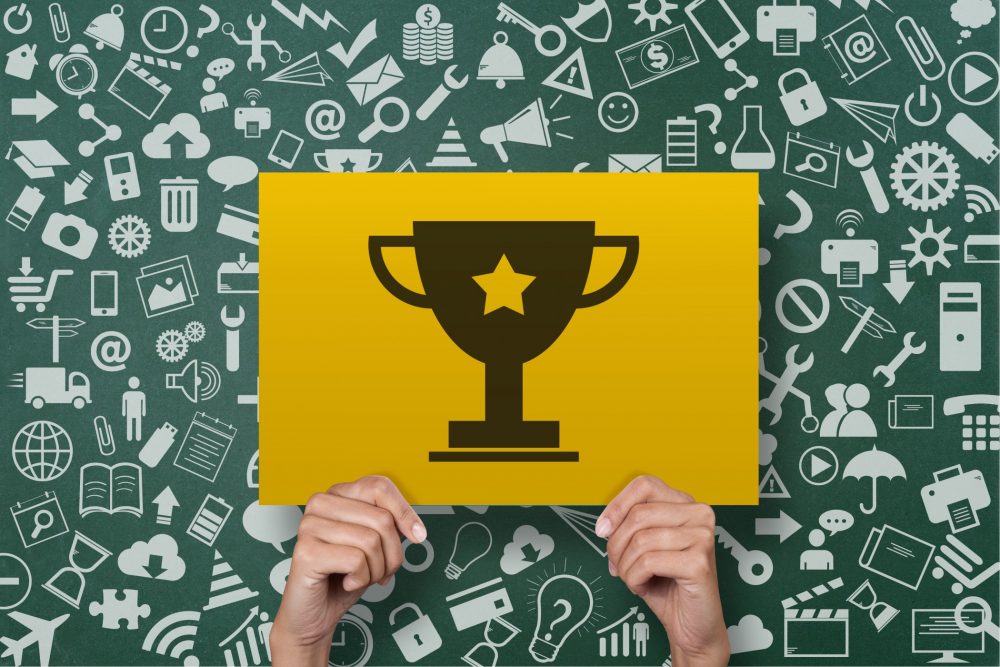 Everyone likes to think they aren’t the kind of person who misses the obvious. But occasionally, we can all become fixated on something and miss an important factor that’s right beneath our noses.

Take this mind-blowing psychology experiment as an example:

Subjects are brought into a room and given instructions. They are to watch a short movie and focus on one thing in particular: how many times is a basketball is passed between two groups of people. The lights dim. The movie begins. A group of people in white shirts revolve opposite a group in black shirts. Both groups begin passing a set of basketballs back and forth.

After the film ends, the lights come back on and the experimenter comes back into the room. They ask the participants questions like:

“How many times were basketballs passed in total?”

“How many times did the team in the white shirts pass?”

The participants answer as best they can remember.

But then, the experimenter asks the bombshell question:

“Did you notice anything strange in the movie?”

Most people responded that they didn’t.

However, during the movie, a person in a gorilla suit walks in-between both groups of people, does a dance and then casually walks off-camera.

Scientists call this Inattentional Blindness, but it’s also know by another name:

Very simply, this is the downside of the capacity to focus.

While this behavior loop can ensnare all of us at one time or another, those of us with high levels of motivation, tolerance for effort and/or pain and perhaps just a hint of stubbornness, are usually the ones to get trapped in it.

In this article, we’ll explore target fixation, how we can get sucked into it and go over the 2 tips that will give us the best chance of avoiding this loop in the future.

First off, a definition:

Target fixation is a myopic focus on accomplishing a goal through the use of a single approach, while being either unaware or unwilling to attempt another tactic.

Now it goes without saying that achieving anything requires focus and effort over a sustained period of time.

Remember though, that as with anything, focus exists on a spectrum. And as Aristotle told us, all virtues and vices exists on a sliding scale.

For example, on one far side of a spectrum exists cowardice, on the other side sits recklessness and right in the middle, courage can be found. So applying this thinking to target fixation, our spectrum would look something like this:

On the far left hand side, we have a complete lack of focus; with attention sustained on nothing, at the extreme this would be unconsciousness. On the other end we have target fixation and right in the middle, mindful focus; where we’re completely engrossed in what we’re doing but still aware of the bigger picture.

The reasons that we can drift down the line towards target fixation are primarily because of a habit I call:

When we attempt to do something difficult, we try out lots of different ideas to see which works best. And we usually end up finding one that almost works. Now we have the scent! So we try again, thinking that the reason we didn’t succeed last time was down to something else that’s now changed in the interim. Of course, this is sometimes true. Take Thomas Edison and his famous thousand plus attempts to create the incandescent light bulb.

Without a stubborn persistence and conviction he was on the right track, his dream of lighting up the darkness of the night, would have never materialized.

In some cases, we drive on and assume that next time the same idea will work (unlike Edison, who constantly modified his idea’s) even when the count is 0 to 10 against our solution.

This is what I call the “Next Time” trap.

We assume that, unchanged, next time our idea will work, even when it hasn’t before.

The reason we persist is usually quite simple at this point: ego. We simply don’t want to swallow our pride (particularly if other people are watching) and admit our idea that we’ve put in a lot of time and effort in, is not going to work.

Down this road is eventually burnout, injury (in some cases) and ultimately wasted time and resources.

Now, to make sure we don’t get tempted by the “Next Time” trap we need to take action.

Here’s 2 great ways to get started:

Spend some time observing your habits when you get into a target fixation loop. What’s the coloring of your emotional state? Are there any physical symptoms in your body (there always are). How do you speak? Take inventory of yourself and notice what your patterns are in this state. Then think about one easy thing you can do when you notice you’re slipping down that attention spectrum, to pull you back from the edge.

This is called “If/Then” thinking and it’s just what it sounds like. “If I start feeling like X, that means I do Y”. Create a protocol that you can fall back on when you’re triggered, without even needing to think about it.

It just needs to be something that slows and calms.

Then you can take a deep breath and re-orient yourself.

Even with the most careful observation in the world, we will never able to see ourselves as clearly as someone else can. So think about enlisting the help of some people close to you; family, friends, etc. Tell them some of your patterns when triggered, so they can know when you might need a hand.

Remember: accept beforehand that when your head’s in the tunnel of target fixation, you won’t want to listen to anyone!

Decide what you’ll do now, before you’re trapped and you’ll have a much better chance of actually doing it.

As humans, we’re biased to slide towards extreme focus, rather than to a lack of focus, due to our innate mental wiring.

The downside as we have seen, is that we can sometimes get trapped in a loop of futile efforts. The more mature among us, remember to keep trying new things in pursuit of their ultimate objective. Some of us only want to go through the obstacle. The wise try going over it. If that doesn’t work, they try going under. Still no luck? Then they might just wiggle around it. They might be delayed, but they’ll never be stopped. In the Spartan obstacle course racing vernacular, people who combine creativity with perseverance when faced with a challenge are said to have developed  “Obstacle Immunity”. That’s what we all need.

And it’s precisely the opposite of Target Fixation.

Obstacle Immunity means constant refinement and adaptation in the face of  challenge.

Target Fixation means unchanging allegiance to one method, regardless of how effective it is.

The Growth over Fixed mindset (thank you Carol Dweck).

Remember: don’t be too hard on yourself; take stock of what you do when triggered, make a plan for what you’ll do when that happens and get some friends to look out for you as well.

And do your best to stay in the middle of that focus spectrum.